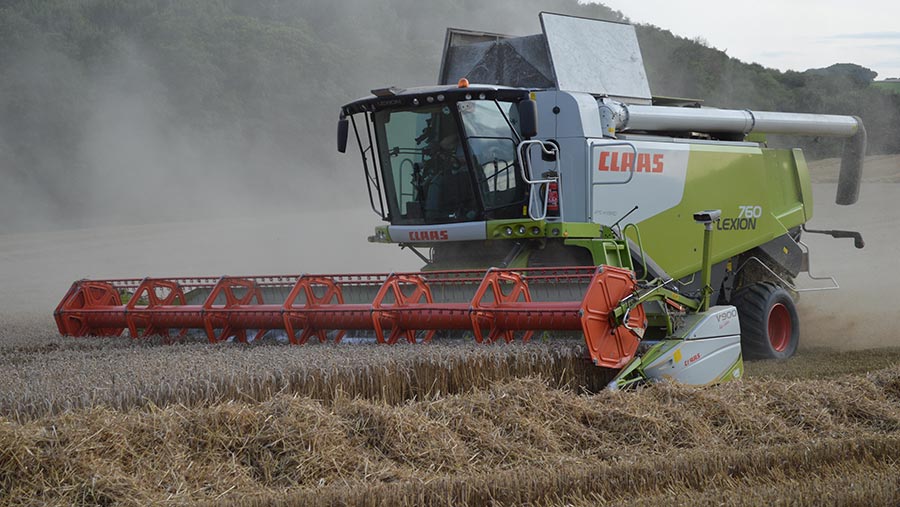 Tim Lamyman swept the board in a top-yield competition growing the highest yields of wheat and oilseed rape, while a Norfolk farm manager surprised experts by growing a crop of rye above 100% of its potential yield.

We send our congratulations to Bionature and Tim, fantastic results in a very difficult growing year in the UK.

Mr Lamyman took his fourth top cereal yield gold award in the six-year history of the Yield Enhancement Network (YEN) award, run by crop consultants Adas, by keeping his crop green for as long as possible in the summer heatwave.

His top winter wheat yield registered 16.2t/ha despite a wet winter, late spring and scorching temperatures, and his oilseed rape crop yielded 6.4t/ha in a summer in which he had already broken the world rapeseed yield record.

He attributed his success to choosing the best varieties for his farm and feeding his crops “little and often” with nitrogen and foliar feeds, which helped his wheat and oilseed rape crops cope with drought stress.

Spending an extra £150/ha on his record-yielding wheat crop – largely on crop nutrition – compared with his farm standard gave him a 3t/ha yield response, so its was clearly worthwhile, and put him top of YEN’s 214 cereal entries this year.

“The highest yields gave the highest gross margins, that was definitely the case this summer,” he said.

Further south, Norfolk farm manager Andrew Hunt confounded the scientists by growing a crop of winter rye that yielded 103% of the field’s calculated potential yield of 10.9t/ha, or 11.2t/ha.

He likens his light sandy loam soils over gravel to “farming on a beach”, although they are well suited to growing 9.5-10.0t/ha crops of grain rye most years at Great Melton Farms just west of Norwich.

“The key is getting good root establishment in the autumn and then trickle feeding nitrogen in the spring,” he said.

Daniel Kindred, crop physiologist at Adas, said the rye crop was likely to have rooted deeper than they had forecast in search of water in a very dry summer, and so was the first crop to have “broken their model”.

He added that if crops had tapped enough water reserves in the dry summer then they gained from the very bright sunlight in June and July, with the best farmers now growing as high yields as the best of the researchers.

“If crops had enough water, then they benefited from good solar radiation in June and July,” he said.

This was the case with Mr Lamyman’s wheat crop grown high on the Lincolnshire Wolds, where his chalky soils act as a sponge to hold water until his winning wheat crop finally ran out of water on 6 August and had to be harvested.

He points out that crops tend to “shut down” at temperatures above 25C, so he looks to de-stress his plants by feeding them with nitrogen and cocktails of other nutrients, especially magnesium and sulphur, on his soils.

Despite the dry summer, Mr Lamyman’s wheat crop was not far behind the world record of 16.79t/ha set in New Zealand last year, while he broke the oilseed rape world record last summer with a 7.01t/ha crop.

For his wheat crop, he chose the variety Marston for its big heads and its 45deg sloping flag leaf to intercept plenty of sunlight.

It was drilled at a seed rate of 175kg/ha with 360kg/ha of spring nitrogen, and a full programme of foliar feeds on his 600ha arable farm at Worlaby, some 25 miles east of Lincoln.

“In the summer we had to feed the crop as it was getting nothing out of the soil, and so we managed to keep it green for as long as possible,” he said.

He aims for a plant  population of a minimum of 600 heads/sq m and likes to be towards 750 heads for top crops.

This harvest the flag leaf was semi-green by the time the crop senesced and needed to be cut on 6 August.

Hugo Lee, who farm in the Scottish Borders, used a combination of high seed rates and plenty of cattle manure to win the first barley YEN award with a 8.2t/ha crop of the spring variety Laureate.

His crop was drilled late on 25 April so he pushed his seed rate up to 475 seeds/sq m, but after sowing the crop suffering from six weeks of virtually no rain, which did not help with plant tillering at his family-run Sandystones Farm near Jedburgh.

“The key was that as a mixed farm we had used plenty of cattle manure, so the soil health was good,” he said.

Mr Lee harvested his crop two weeks earlier than normal on 29 August, after using 120kg/ha of nitrogen fertiliser and produced a crop of 1.47% grain nitrogen to comply with his 1.6% distilling contract.

“We picked a variety to suit our farm and gave it five applications of nitrogen in a little-and-often approach to help the crop through the drought,” he added.

The highest potential rapeseed yield came from Denmark, where farm manager Bo Jensen produced 66% of his 6.9t/ha potential yield, or 4.8t/ha, with a focus on good autumn establishment as he highlighted three key points.

First is to drill early in the first two weeks of August, second is to use a hybrid variety to give autumn vigour – this time Dekalb’s Expansion – and third, a low seed rate of 30-37 seeds/sq m to give 25-28 plants in the spring.

Soren Lykkegaard Hansen of seed breeder Dekalb said the key factor behind the good yield was preparing the crop in the autumn to survive harsh Danish winters.

“It’s all about autumn establishment so we look to drill as early as we can and look for the crop to put down good roots for the winter,” he said.