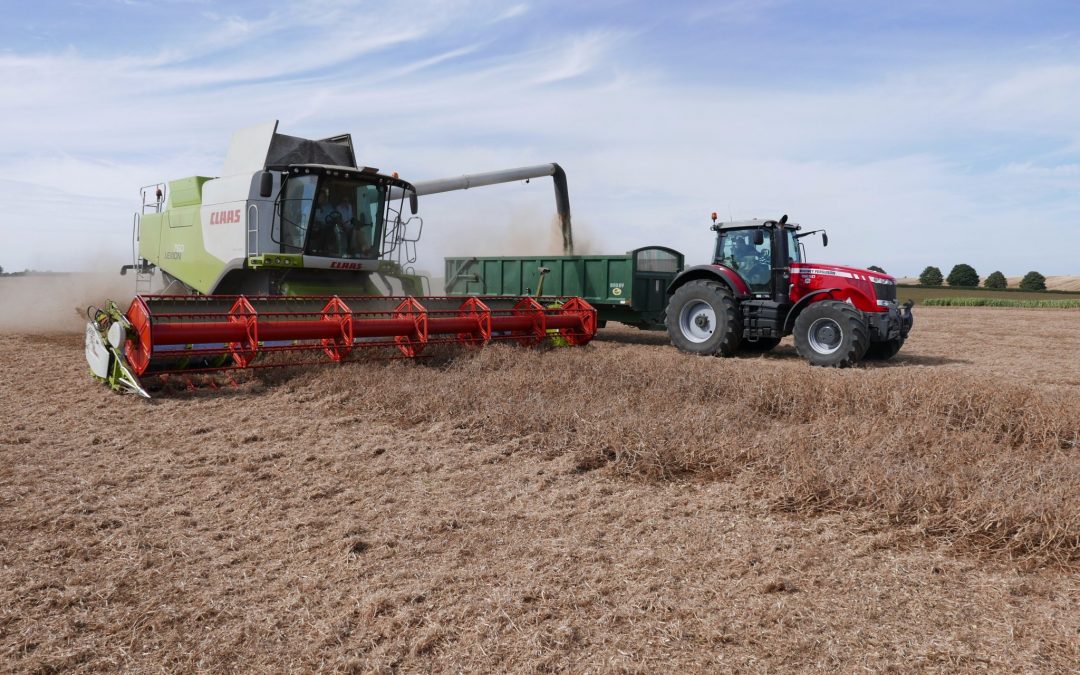 Farmer Tim Lamyman has set a new world record for combining peas at his Lincolnshire farm, achieving 6.47t/ha thanks to a detailed crop nutrition programme from Bionature UK (eCoCulture distributor in the UK). The 8.23ha pea crop was harvested on August 25th at Lamyman Worlaby Farms on the top of the Wolds. It was the farm’s first pea harvest in more than 20 years, but comfortably beat the previous world record for combined peas of 5.21t/ha.

Grown on grade 2 chalky soil on a field with a history for record breaking yields, the large blue pea crop, variety LG Stallion, had an average of 15.35% moisture. Targeting crop nutrition throughout the growing season was the secret to success. Foliar application of Calflux gave the crop the addition zinc and calcium early on, along with Rainbow Wave for boron and molybdenum after flowering.

Calflux was vital for protecting pods and flowers against stresses

“Previously, this particular field has produced record yields of winter wheat of 16.5 t/ha and oilseed rape of 6.7 t/ha. The chosen field offered the potential to develop well-structured root systems, enabling easier nutrient uptake. Leaf samples were taken at four different stages through the crop’s growth cycle in order to identify nutrient deficiencies to which the relevant products were then applied, as required. Manganese deficiency is normally an issue with field peas, however, levels within the crop were adequate for most of the growing period. Probably because of the plant being better able to utilise available manganese in the soil as a result of other key nutrients being applied to the crop as required.”
Tim Lamyman, Lamyman Worlaby Farms